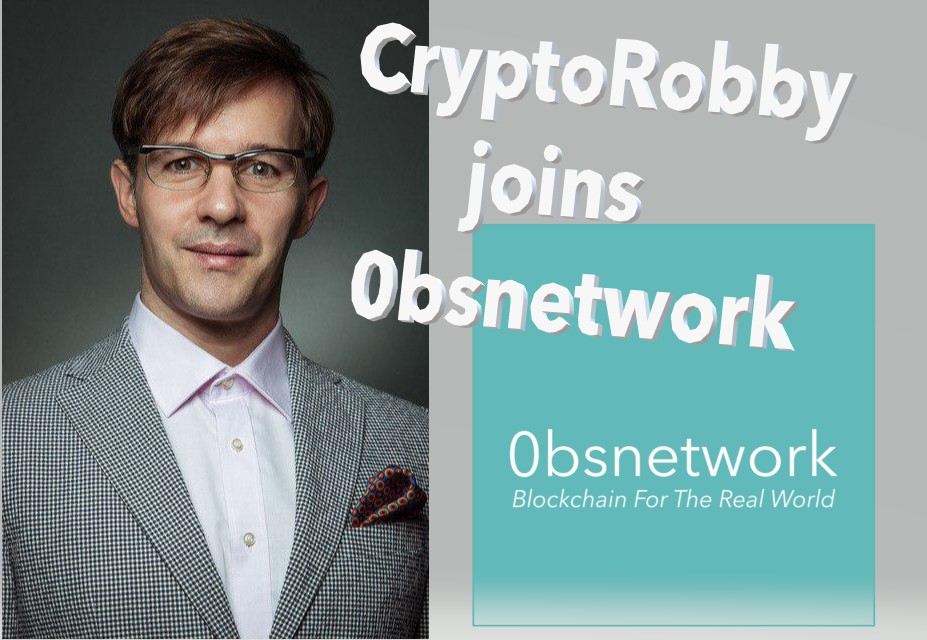 Robby Schwertner, in blockchain circles known as CryptoRobby – is an opinion leader, public speaker, business developer and networker. With his follower base across social media platforms, he is a respected voice for blockchain applications for the real world. Robby’s focus is socially and environmentally responsible application of technology, a concept he promotes under his vision of Return on Society.

He has worked on blockchain use cases focusing on real estate, energy, transport/mobility, and FinTech. Previously Robby managed R&D funds for Smart City related innovation projects, was active in nanotech and sustainable energy field, and gained experience in working in Europe and China.

Robby frequently speaks at industry conferences around the world. He has also advised a number of corporations on their strategy and approach to blockchain adoption, as well as various startups on their market entry.

Robby is joining the team as the Chief Business Development Officer at a crucial time. We’ve started up our main net recently, have been working hard on several projects with our first clients, and are preparing the legal and operational foundations for the private sale of ZBS Coins to the initial group of node operators. With that in mind, Robby will focus on evangelism for 0bsnetwork :: Blockchain For The Real World, making sure that our message of 0bs is heard and understood far and wide.

Our goal is to have a thriving community of developers, startups and established businesses deploying their blockchain-based projects on the 0bsnetwork public platform, as well as using our software for private blockchain deployments. And just as importantly, we want to make sure that node operators on the 0bsnetwork are as diverse and distributed as possible and clearly incentivised to keep their nodes up and running, processing transactions and securing the network.

We already have one of the most technically advanced blockchain platforms in the world, now it’s time to give it the visibility and reach it deserves.